EAST RUTHERFORD, N.J. – The Giants signed one of their most intriguing, noteworthy and unforeseen prospects of this or any off-season.

Roy Mbaeteka is a 6-9, 320-pound offensive tackle who has no high school or college football experience. That’s hardly surprising, considering he’s lived his entire life in Nigeria. His nascent football career has also included stops in London and Arizona. Now he’s heading to the Quest Diagnostics Training Center, where the Giants believe he can develop into an NFL-caliber lineman.

So does one of Mbaeteka’s mentors, former Giants defensive end Osi Umenyiora, who lived in Nigeria as a youngster and was perhaps the first to spot the 22-year-old’s talent.

“Once you see him, you know he’s physically imposing and in a year or two if you immerse him in football culture, he’s going to be fantastic,” Umenyiora said in a phone conversation from his home in London. “The Giants took a chance. Not much of a chance, I think. When you see him working, you’re going to know what he’s about.

“He is big, strong, physical, extremely intelligent, very athletic. He’s built to play offensive tackle in the league. In fact, he reminds me quite a bit of Kareem McKenzie (a former tackle who, like Umenyiora, played on the Giants’ Super Bowl XLII and XLVI teams). He has the same temperament. He’s very smart, but he’s a very athletic player.” 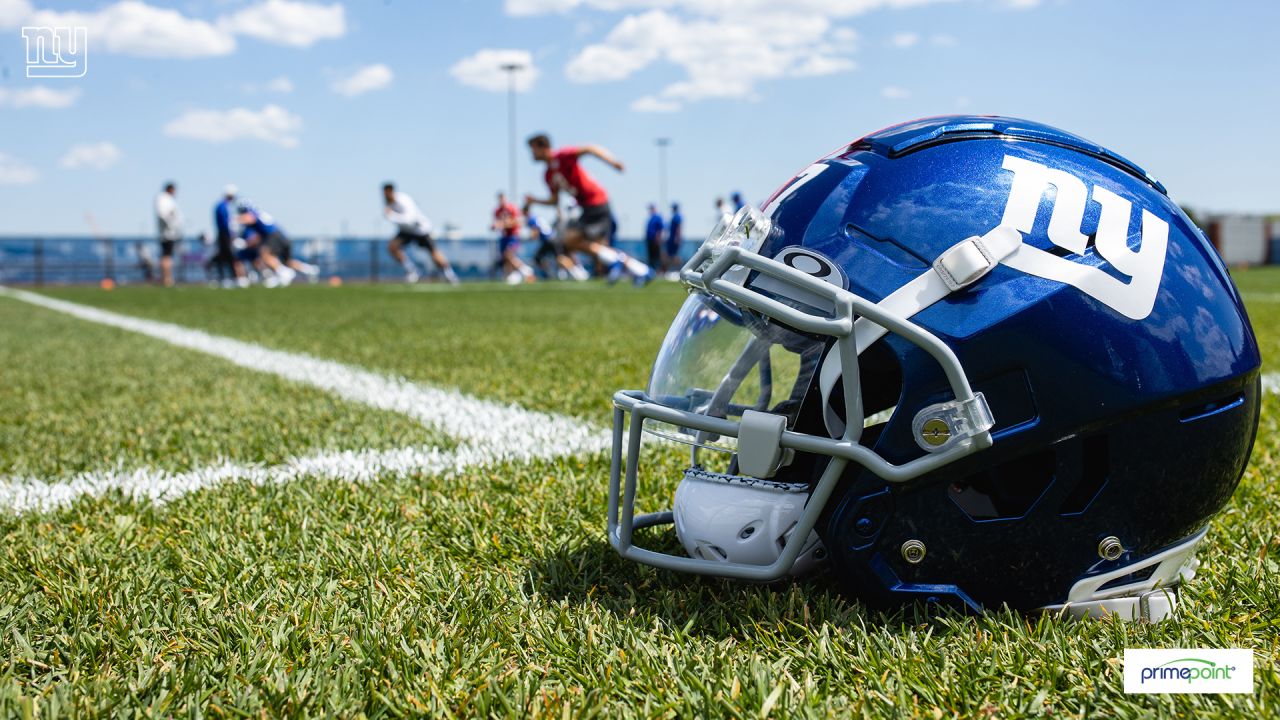 Umenyiora is fourth on the Giants’ career sack list with 75.0 and a member of the franchise’s Ring of Honor. Since concluding his 12-year career in 2014, he has worked in a variety of roles to help the NFL grow internationally. Last year, Umenyiora was one of the founders of NFL Africa, which is part of the league’s International Player Pathway program (IPP).

Born in London, Umenyiora lived in Nigeria from ages 7-14. He has made numerous visits to the country and finding potential NFL players both there and throughout Africa has become one of his great passions. He and Ejike Ugboaja, a former Nigerian basketball player, founded a program there they call The Up rise.

“I realized there are so many incredible athletes over there – I’m talking a hundred times better than I was as an athlete,” Umenyiora said. “And they have no chance of bettering their lives, no chance to actually do something constructive with their lives because of the situation over there.

“In America and in the West, you have opportunities for these guys to do something with all the incredible talent that they have. I recognized that and I decided I was going to start a program to help get these guys opportunities in America. We’ve had camps in South Africa, Ghana, Senegal. I have scouts in these locations and they’re looking for the best athletes we can find and once we find them, we bring them to a location and we start to train them.”

Mbaeteka was first spotted by Umenyiora at a camp in Nigeria in May 2021. He was one of three players selected to train at the NFL Academy in London in October. Three months later, the NFL announced that he was one of 13 players selected to compete for a spot in the 2022 International Player Pathway program. Mbaeteka was one of three potential linemen to travel to Arizona to work with former NFL center LeCharles Bentley. “He’s been immersed in football for the last couple of months,” Umenyiora said.

The NFL held a showcase for the international players in Arizona that was attended by Giants scout Jeremy Breit, who was so impressed with Mbaeteka that the team flew him to New Jersey yesterday and signed him today.

“When the Giants brought him in, they took him to the board and drew things and asked him all these questions and he was able to answer them, because that’s what he’s been working on this entire time,” Umenyiora said. “He’s highly intelligent. I guess they were blown away by the fact that he was able to do all that stuff.”

Umenyiora believes Mbaeteka can equal or succeed the success of Jordan Mailata, an Australian native who had no prior football experience when he joined the Philadelphia Eagles and is now the team’s starting left tackle. 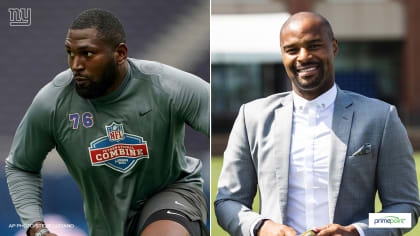 If you have the physical attributes, you can make that transition rather easily,” Umenyiora said. “And I can tell you in Africa there’s hundreds of thousands of people who have those attributes who just need an opportunity and we’re going to provide it for them.”

Umenyiora is thrilled the Giants are giving that chance to Mbaeteka.

“A lot of people think this was me, but I had nothing to do with this,” Umenyiora said. “The Giants decided they were going to fly him in. They did this on their own. They saw him, they liked him, they flew him in yesterday, and he blew them away. They offered him a contract and here we are. For it to be the Giants of all teams, it means the world to me, it really does.